This interview was first published in 2018. He is currently dancing with the Estonian National Ballet (we got to watch him perform there!) under the direction of Linnar Looris and this is what he’s saying about his current job: ’I’m really enjoying it. We have quite a mixed repertoire here which allows a lot of opportunities for each dancer to shine in a style they feel most comfortable in. I also feel that there is a positive and approachable working atmosphere here and that for, it’s a middle ground between the points that I saw as positives from my two previous companies.’ 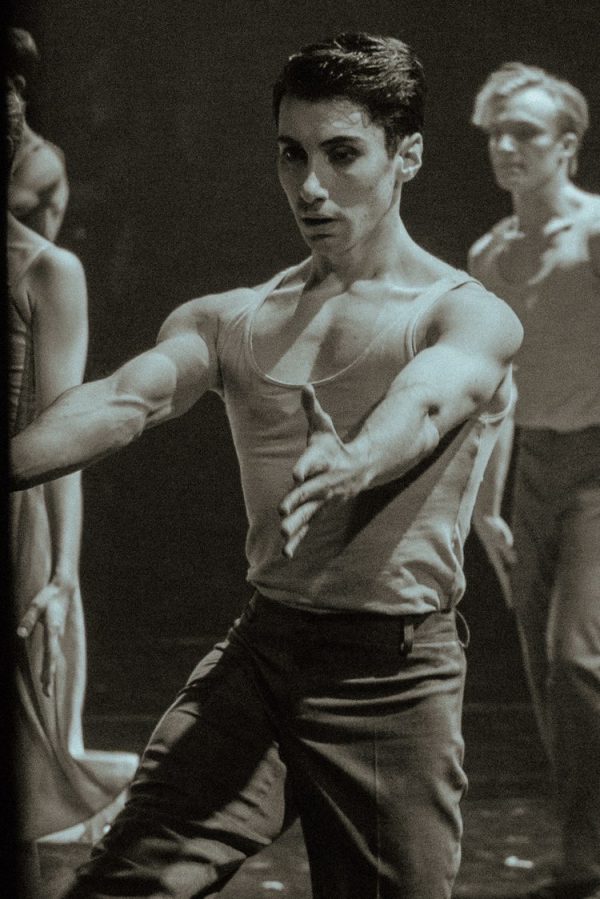 Liam came across AusDancersOverseas on social media and got into contact with us. What he experienced during his first two seasons as a professional dancer with the Romanian National Opera is shocking but at the same time it has been so inspiring to see what he’s made out of such an unexpected end to his dreams, that we had to have him interviewed for the newsletter!

Q: What was the main reason for you to decide to move abroad and further your dance education?

A: I knew from when I started dancing at 6 that I wanted to be a professional dancer but it never crossed my mind to leave Australia to pursue that dream! When my friend Ben Ella, the son of my teachers Christine Walsh and Ricardo Ella, would return to Australia in his holidays from The Royal Ballet School, I would watch him take class and it was incredibly inspiring to see how much his technique had improved from his overseas experience. From these glimpses of Ben I realized that leaving Australia to further my dance education would allow me to be the best I can be.

Q: Did you feel well prepared for the move?

A: Yes and no. During my training at the Australian Conservatoire of Ballet under the direction of Christine Walsh and Ricardo Ella I had the privilege of learning from many knowledgeable and experienced teachers. To me, the most valuable things that were conveyed as a student at ACB was how competitive it is abroad and also the importance of hard work and determination in this art form. In my first week of attending English National Ballet School I was moved up to the 2nd year which meant I had to work very hard to catch up with the rest of my year. Knowing how to push myself from my training back home definitely sped up that process.

The part I didn’t feel prepared for at all was being homesick. It was very hard for me to adjust to being away from the comforts of home. My parents were very supportive, patient and understanding of me during this time. Many times, as soon as I would wake up, I would burst into tears not wanting to go to school and there were many times where calling mum or dad would be enough to get me in the mindset to leave the house. I will forever be grateful for their support during this time.

After a 5 months of being at ENBS, I made friends with ENB company dancers Ken Saruhashi and Guilherme & Vitor Menezes who took me under their wing as they had also been through the same situation when they left home at a young ages to pursue their careers. They helped me out a lot and gave me something to aspire to in the future as a dancer and as a person.

Q: While you were in Bucharest, the company hit the headlines more often than not, and a lot of negative issues were reported; among these, hatred of foreigners. Did you feel unwelcome at any point, and did it influence, or affect your dancing?

A: Only in the last 2 months of dancing in Bucharest did I experience the feeling of being unwelcomed. It was due to my support of Johann Kobborg as director and also because I sustained an injury which people thought I had falsified in order to be difficult and meddle with the casting.

There was one performance where all the dancers were ready on stage when an announcement was made that the orchestra wouldn’t be performing that night in protest against Johan Kobborg. We didn’t know what to do and when we asked the stage management to open the curtain, they said that they didn’t want to get involved in the situation. I don’t know what made me do it but I said to my friend „Let’s go open the curtain“ and without any hesitation we each lifted up a side of the curtain and pulled them apart so that the audience could see that the dancers were ready to perform. Many people in the audience started applauding the dancers and it was such an amazing feeling to stand up for ourselves in that way.

The whole situation at the Opera House made me realize that doing things unrelated to ballet can sometimes be just as effective at helping you improve as spending extra hours practicing in the studio.

(A photo with Liam holding the curtain is still available here and gives a good idea about what was going on in Bucharest: https://m.adevarul.ro/cultura/arte/culisele-rebeliunii-opera-nationala-implicatiilepolitice-scandalului-vicepremierul-vasile-dincu-lua-taurul-coarne-intoarce-iasi-1_571cf9b95ab6550cb84ecc46/index.html) 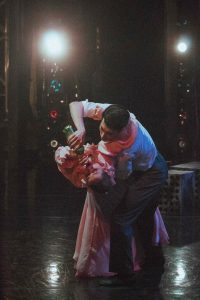 Q: I read you left the company on an unpaid leave whilst injured. Was this a low point in your career, and if yes, how did you overcome it? Do you think a mentoring program like the one we are trying to build would have been helpful?

A: Yes, it was definitely a low point in my career and a very stressful time for me! It meant that I had to rehabilitate my knee at home and while being injured, somehow find a job towards the end of the performing season. Many foreigners (myself included) had abuse yelled at them in the studios or corridors and there was a great sense of feeling unwelcome there. I knew in my heart that it was the best option for me to leave because if I stayed, I would have risked getting into a mental slurp.

I was very, very fortunate that shortly after I went unpaid leave I was offered a contract over the phone with Northern Ballet Company by their director David Nixon. Because my knee was the size of a cantaloupe and I couldn´t afford to get proper treatment, Johan Kobborg and Alina Cojocaru paid for me out of their own money, to travel to London for a few days to see a physiotherapist who was able to treat me and show me exercises that I could do at home to help with my meniscus tear. When I arrived back in Romania I did floor barre with leg weights and my exercises from the physiotherapist twice at home every day until I arrived in the UK.

I didn’t realize it at that time, but it meant I never really got to process and then recover from what had happened in Romania and it was during my first few months at Northern Ballet that it finally hit me. Because of touring, it made it hard to find time to speak with a professional, and I feel that with how accessible the mentoring program you are building is, it would have been fantastic to have had it during that rough patch!

Q: Dancing the role of the widow Simone in Frederick Ashton’s „La Fille mal gardée“ as the youngest person ever: How did it affect the way you see character roles? How did it influence your own artistry?

A: When I saw that I was cast as „Widow Simone“ I was excited that I was able to get the opportunity to perform a role like this. Also, knowing that I was the youngest person to perform this role gave me even more drive to do it well! The rehearsal process went well up until 2 weeks before my debut when I sprained my ankle trying to do the slide in the clog dance. There was a slippery patch on the floor and I went over my ankle, spinning on my back as I fell to the ground. Although the tumble was initially amusing, it was only after attempting to stand up that I realized I had sprained my ankle. Because I had to take it easier on my ankle the following week, it gave me a chance to focus more on the acting side of the role which was proved to be much more difficult than I thought it would. I had to learn to find more moments to connect with the audience and to make my gestures much bigger and slower so that they could be understood from the back of the auditorium. Since then I have been able to apply a lot of the skills learnt from this opportunity to many different roles.

A lot of younger dancers can get upset when they are cast in character roles because they just want to dance. It´s much better to try and see it as an opportunity to improve their acting which in turn may help them to get more desirable roles down the track from the skills they had previously gained from doing a character role.

Q: How do you prepare to move to yet another country, and another company,  soon? Do you have any ultimate tips and recommendations?

A: Now that I have some downtime, I have tried to be as organized as possible and factor in all of the things that I will possibly need to sort from when I arrive. For example: Phone plan, accommodation, what bank to open an account with and what furniture or things I will need. I have found that in the past this has allowed me to relax and be much more present on my first few days at school or work, instead of worrying about things that could have been solved earlier.

A piece of advice which was told to me by my father during my time in Bucharest: For my second season as a professional dancer, I went into it with the same passion, drive and force that I had used in my first season. However, I would get very frustrated  with myself that I wasn’t improving at the rate I had been improving the previous season and I really couldn’t work out why. After a few months of feeling like this, I mentally „burned out“. I didn’t feel motivated at work, I was giving up on myself a lot in classes and all of this had a big effect on my self-confidence. When I called my dad to explain how I felt at the time he said this to me: „It’s better to be like a pilot light and operate at a consistent and moderate pace for longer. To conserve your power rather than attempt to burn too brightly for too long, which risks burning the very fuel you need to function and grow. A furnace might be impressive but requires a lot of fuel to maintain. The pilot light is low and tempered but is sustainable and can rise up or drop down at will.“

Since being told this, it has helped me immensely with achieving my goals and stopped me from mentally „burning out“. Instead of wanting to complete all my goals at once, I now focus on completing smaller goals consistently over a longer duration, rather than going through bursts where I’ll improve a lot in a short period of time and then crash.