Emma Sandall was born in Sydney. After training at Academy Ballet (RAD syllabus) she won the silver medal at the Genée International Ballet Competition in 1993, and was a prize winner at the Prix de Lausanne 1994. She continued her training at the Royal Ballet School and The Australian Ballet School, danced with Béjart Ballet Lausanne, The Royal Ballet, Scottish Ballet, and West Australian Ballet. Today, Emma lives in New York City and works as freelance journalist, writer, teacher, choreographer, and is coming to Edinburgh in August with a stage dance theatre adaptation of the acclaimed novel MOTHERHOOD. 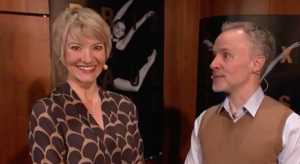 Q: Prix de Lausanne 1994, moving overseas, how was this entire experience? Did you feel well prepared for the move?

A: The Prix itself was one experience, and moving overseas was another. I think that my experience might be similar to others…where you get so focused on the competition, you’re so excited about it, and you are SO prepared for it, and you LOVE it. But then the reality kicks in after the finals – let’s say you get into the finals – and then you are offered a prize, and even better today with the networking forum, when a school comes up to you and says “yes, we’d love to have you in the school.” The reality of that move is a much bigger, more challenging thing than touring Europe and doing classes in schools – which is already a great experience, because you’re getting a taste of the school. But the reality of moving, and living on your own, far away from Australia…how can you prepare for that? I’m not sure, but I think it’s worth having in your mind that it’s a very big thing to do at such a young age. There’s going to be struggles, and there’s also the visa thing to bear in mind… Australian’s aren’t necessarily going to be the first people to be looked at, simply because of visa problems; it’s not as easy to hire Australians, and that’s definitely an important thing to know. So, I think before parents get too excited about sending their kids overseas to train, do some more research. Find out about what those job opportunities really are, what the pay is going to be, what the lifestyle is going to be like, and whether the child is going to get a visa easily or not.

I remember when I moved overseas – this was so long ago now, so this is not even relevant today necessarily – but there were dorm rooms with 3 people to a room, with a microwave, maybe we had a sink, and a tiny refrigerator. This was a challenging thing! You might be used to your very comfortable Australian kitchen, and the food that your mother cooks for you everyday, all the fresh food, and then suddenly you’re faced with packed sandwiches, ready-made meals, canned soups. So, do your research and also prepare yourself, take some classes, learn about cooking for yourself as a solo person in a foreign country. You’re exhausted at the end of a long day which is emotionally draining as well as physically draining, and you might be missing your family; there’s so many layers to psychological wellbeing that are being challenged at that point.

Q: Do you agree with so many people these days saying the standard is higher than it used to be?

A: Interestingly, I think there’s a refinement to the bodies, overall, and more so than back in my time. We see a certain refinement in their technique, in their footwork. I think Jason and I have talked about it a lot, we see the boys’ bodies getting a lot more supple than ever before. Standard-wise…it’s a really tricky one, I don’t know because I think when we finally get to the finals, we’ll see that the person that wins the competition may be better than the one last year, or maybe not. And what is better? Maybe better at some things. You know, my year, we had Diana Vishneva, and she was exceptional. She’s equal to what i would see today. More generally, over the broad spectrum of the dancers, not only the ten at the top, almost all 77 here have high extensions, nice feet, good leg line – maybe in my time, half would not have that (yet). So, maybe in that regard you could say that the standard is better. Though when talking about the very top, well, Goyo Montero and Diana Vishneva, these were exceptional dancers; and in 1994. 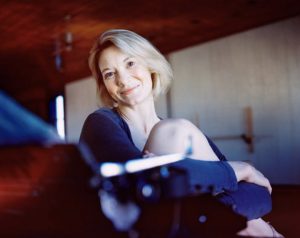 Q: How did you cope with learning a new language when you moved to Lausanne to dance with Béjart Ballet?

A: Oh, well, I got shouted at so much! So, it was a bit by fear (laughs), and a couple of boyfriends – and I got there! Wine, boyfriends and fear. Back in my days, there was no English. I was in the company with Kathryn Bradney, who of course speaks magnificent American English, and we also had Myrna Kamara, another American, so with these two, and with the other dancers, I learnt! I remember I had to share a flat with a girl from Cuba and our common language was French for example, because she didn’t speak much English, and I didn’t speak Spanish, so we were like ’Ok, we’ll make do with something’.

Q: You talked with Jason Beechey about men dancing in pointe shoes, and that you feel it shouldn’t take too long to get used to it more?

A: You know, we’re in a very interesting time for gender – and it’s the same idea as getting used to boys dancing en pointe – the idea that we can be more fluid, and we can, as a society, get accustomed to that and digest it and accept it…it’s just a matter of time. We’re at the beginning of it. I think that everyone has to be a little bit patient, and we’re going to get there.

Q: Can you please tell us a bit about the best experiences you’ve had overseas, and maybe also some you’d have preferred to not happen?

A: Well, I think every experience has been absolutely incredible. I have made so many funny decisions in my life, that some would term ’mistakes’, and I would say were treasures. I treasure all the memories, whether they are inadvertent or bad, or also good. I actually kind of love everything I’ve done. It’s all who I am today. I don’t think I’m wise yet, but I have certainly learned A LOT! And a lot quite early.

Q: How was moving back?

A: Well, I moved back a few times (laughs). So, I did move back after The Royal Ballet School, I needed to. I was too young to have moved away, so I moved back and did some training at The Australian Ballet School, then fuzzed about in Sydney for a little while, before moving over here again to begin at Béjart Ballet. Then afterwards at The Royal Ballet, I thought I wanted to stop dancing again because I had an injury, and I though “Hmm, you know, maybe the world’s better outside of a ballet company.” So I went back home for a year, and missed dancing, so I then joined Scottish Ballet, and after that I moved to West Australian Ballet. My main curiosity was in the technique that I would be studying with Renato Peroni at Scottish Ballet, and Simon Dow was another person who taught like that. And I was so interested in that technique and about West Australian Ballet (Artistic Directer then Simon Dow), so I took a job with WAB for six years. When I first went to WA I thought that I would stay for maybe three years – but no, I stayed on because the directors changed, and having a director change is a bit like changing company. You know, you give them a chance, they give you a chance, and you see if you get along, and then you move on.

Q: … and then you founded your own company.

A: I did, yes! My partner at this time was Cass (Mortimer Eipper), and we had two other colleagues who were in the company who were both very young and creative souls, and we decided to make our own little group. So me made ’Ludwig’; and managed to hold that together for three years. In Australia, for a new group, that’s not too bad. Cass and I managed to put on a full-length work together as a duo, as well as managing grants such as the Australian Arts Council Grant…and we pulled it off. We didn’t have much money, but it was an amazing experience!

A: And then it was time to leave. I think because life changed, so we moved on. 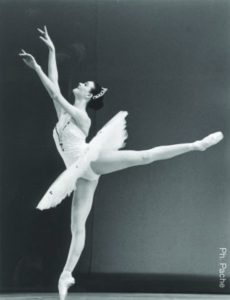 Q: Do you think it’s doing good to the Australian dance scene that so many young dancers want to leave to pursue their dreams overseas?

Q: A message for those back home in Australia, planning to move overseas, or for those overseas already, what piece of advice would you give them?